Our CEO & Founder at AetherWorks, Robert MacInnis, Ph.D., led a round table on Fog Computing at MangoCon, an IT Conference held in New York earlier this month. Having recently secured a patent for their work in Fog Computing[1], MacInnis and the AetherWorks team are leading the charge on resource efficiency in IoT.

At the round table, MacInnis discussed the dramatic rise of IoT and the resource challenges presented by all those new connected devices. On projections that up to 50 billion networked devices will be storing and transmitting data by 2020, MacInnis issued a warning Game of Thrones fans understand well: “IoT Winter is coming.” 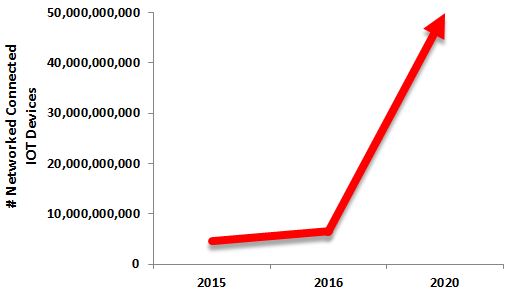 Most of the 5.5 million connected devices Gartner says are being added every day in 2016 are programmed to dump data to the cloud, “because it’s easy,” says MacInnis. “But data transmission, retention and compute time become prohibitively expensive at that kind of scale.” Meaning despite cloud’s landless connotation, it’s ultimately comprised of storage hardware with a mailing address, which may be half a world away from the IoT device trying to communicate with it. Multiply that scenario by tens of billions of new devices and bandwidth becomes a serious problem. Especially considering only a minuscule percentage of IoT data will ever be used, MacInnis makes a logical point: “Shipping data across the world just to drop it is ridiculous.”

The solution? MacInnis proposes a simple one: “Process data closer to where it is produced.”

Enter Fog Computing, which he defines as “the set of systems, services, and architectural patterns that enable the optimization of the geographical proximity of data and computation.”

“The future,” he says, is the “dynamic consumption of geographically appropriate compute resources.”