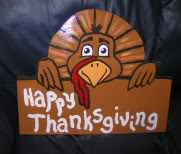 We enjoyed writing our Halloween-themed blog post so much we couldn’t resist putting a Thanksgiving spin on this one as well. On the menu for today: turkey and storage backup.

Our Director of Research, Angus Macdonald, was telling us about The Black Swan: The Impact of the Highly Improbable by Nassim Nicholas Taleb. The book gets at our inability to account for what we haven’t experienced. The namesake example is the discovery of the first black swan in Australia, and how that discovery annihilated what was an “unassailable belief” by the Old World – that all swans were white.

“It illustrates a severe limitation to our learning from observations or experience and the fragility of our knowledge. One single observation can invalidate a general statement derived from millennia of confirmatory sightings of millions of white swans. All you need is one single (and, I am told, quite ugly) black bird.”[1]

How to Learn From the Turkey:

Taleb further explains the phenomenon using the life of the turkey, which is fed and cared for every day of its life by humans. The turkey has no reason to distrust them, each day the belief that its caretakers strive only to keep it alive is reaffirmed. The reliability of this setup seems to increase with each day, when actually slaughter is becoming increasingly more imminent.

As we can see from the life of the turkey, what has worked in the past is often not an indication of what will work in the future.

So it is with data storage, until you’ve experienced data loss it’s easy to be lulled into a sense of security by a storage infrastructure that has given no indication it will fail. In reality, each day without incident may be one day closer to data loss. A Google study found that, on average, nearly 15% of all hard disks fail within two years, 22% fail within three, and 35% of disks fail within five. [2]

Keep in mind disk failure is only one way to lose your data, these statistics don’t even cover the countless other ways to experience data loss. And the consequences are dire: “93% of companies that lost their data center for 10 days or more due to a disaster, filed for bankruptcy within one year of the disaster.” And “94% of companies suffering from a catastrophic data loss do not survive – 43% never reopen and 51% close within two years.”[3] The odds aren’t much better than a turkey’s on Thanksgiving eve.

Fortunately IT experts do have an advantage over turkeys, the ability to learn from others’ experience. Still, even with statistical evidence supporting the need for data backup, when IT budgets are low it can be understandably painful to invest in something with seemingly no immediate gratification. In this Spiceworks study, 30% of SMBs surveyed by Spiceworks admitted they aren’t allocating enough resources to backup.[4]

Taleb addresses this incongruity by referencing Bertrand Russell’s “Problem of Inductive Knowledge” – “How can we logically go from specific instances to reach general conclusions?” We know data loss it is a possibility, but it’s easy to feel secure when your storage setup shows no signs of weaknesses, and frustrating to invest in a something that appears to offer no instant gratification.

Still, the evidence is not on your side. Data loss is a likely possibility and its consequences are daunting.

Don’t be a turkey, back up your data. Happy Thanksgiving from AetherWorks!

[3] Unitrends, “7 Shortcuts to Losing Your Data (and Probably Your Job)”

[4] Deni Connor, Spiceworks Voice of IT sponsored by Carbonite, “How SMBs are Backing Up: Solutions, Trends & Challenges” March 2013 http://itreports.spiceworks.com/reports/spiceworks_voice_of_it_backingupsmb_031112.pdf